Facing assault charges in Chandler can come with some severe penalties, and you may be charged with assault without even knowing that you committed the crime. That being said, ignorance of the law is not a defense to violating it. Depending on which section of Arizona’s assault statute a person is charged under, they could be facing up to a class 1 misdemeanor.

Types of Assault Charges in Chandler

In our discussion of criminal trespass in Chandler, we looked at what it means to “knowingly” or “intentionally” commit an act that constitutes a crime. These are commonly referred to as mental states of mind in the legal field. The crime of assault is somewhat unique because the crime covers three separate mental states of consciousness. Arizona’s assault statute states that a “[a] person commits assault by:”

To recap, “intentionally” means what it sounds like — a crime was an outcome that was intended by the conduct of the actor. “Knowingly” means that the actor knew or should have known the crime would have occurred by their behavior. This new element “recklessly” refers to conduct that is so reckless that it is likely that the criminal conduct may occur as an outcome of the conduct—whether the actor knew that it may.

How Assault is charged in Chandler 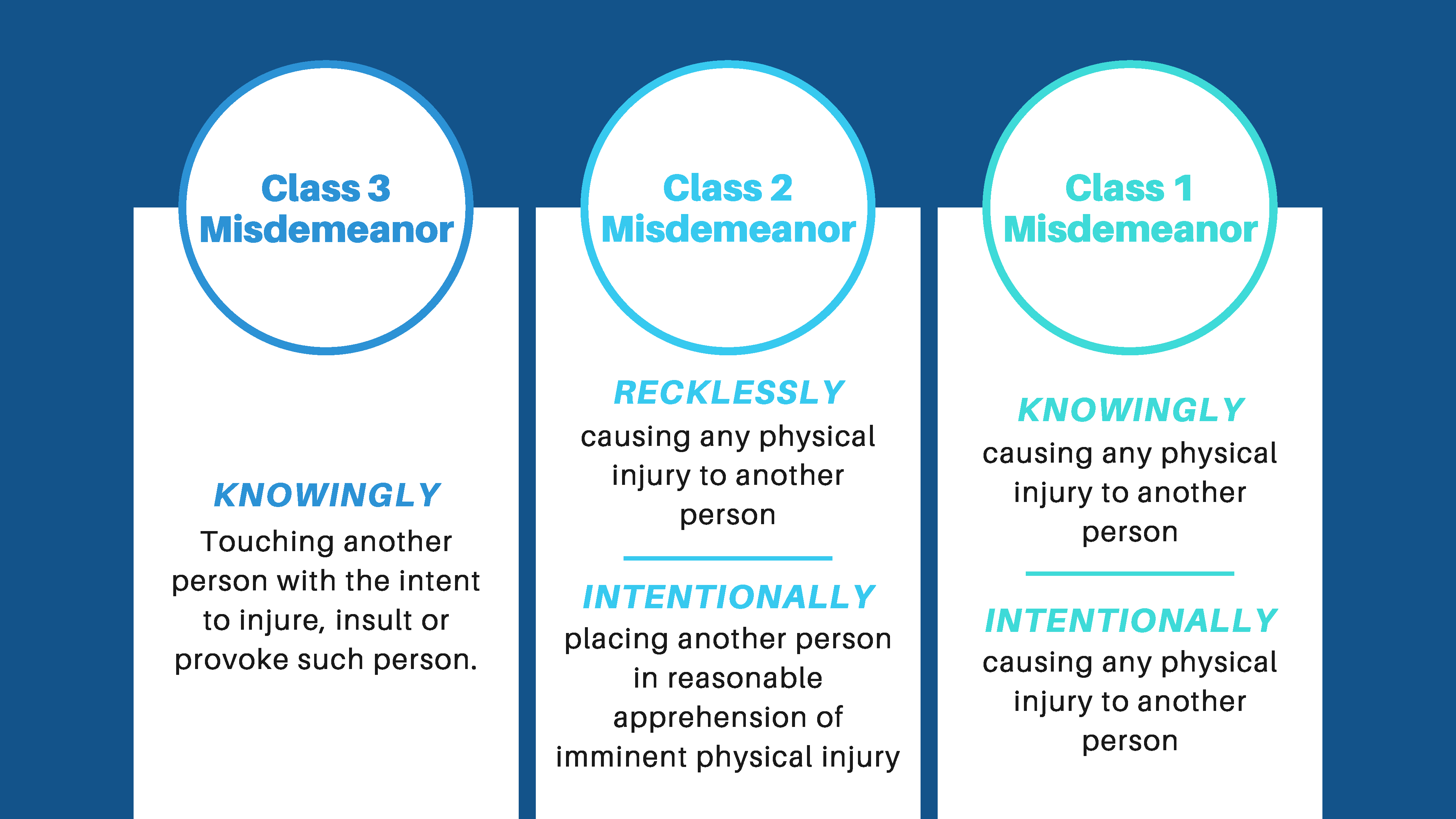 Having an experienced Chandler assault lawyer by your side can make all the difference in the outcome of your case. At the Rosenstein Law Group, we comb through the evidence to create a clearer picture. If you are facing assault charges in Chandler, give our office a call so that we can set up a free consultation to discuss your case at (480) 248-7666.