Anyone found to have a Blood or Breath Alcohol Content (“BAC”) of above 0.08% may be convicted for impaired driving in the city of Wickenburg, Arizona under A.R.S. § 28-1381(A)(2). Our Wickenburg DUI defense lawyers are ready to explain your legal options and guide you through the corresponding process.

The City of Wickenburg Town Court

After a DUI arrest in Wickenburg, if charged, you will generally go through the Wickenburg Town Court process. The location of the City of Tucson Municipal Court is 155 N Tegner St., Ste B

A “regular” DUI is a class 1 misdemeanor. If you are found guilty, your penalties may include:

A “regular DUI” is generally charged in one of two ways. The first way is the most common and involves the arresting officer issuing a post-arrest citation, which he or she will also file with the court. The citation will contain a court date, which is an arraignment. When the citation is issued, the involved officer will serve one copy of it on the defendant and then file another copy with the court to initiate criminal action. The suspected DUI driver is then required to appear in court to plead either guilty or not guilty.

The second manner of charging is what is known as “long-form charging.” In this scenario, the officer typically releases the suspect after completing the DUI investigation. Later, usually, after blood test results become available, the officer will forward his investigative materials to the prosecutor’s office. At that point, the State’s attorneys will file a complaint in the court, and a summons will be issued and mailed to the defendant via certified mail. The summons will contain a court date, at which the defendant named in the complaint is required to appear and plead not guilty. 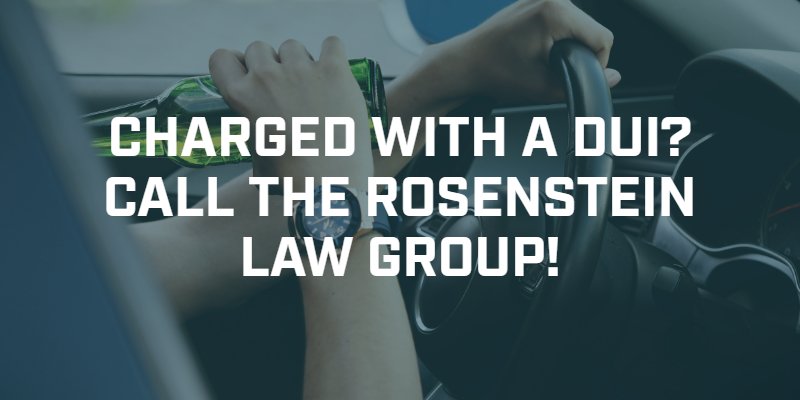 An extreme DUI is one in which your blood alcohol concentration (BAC) level was 0.15% or higher within 2 hours of driving and is considered a class 1 misdemeanor. For both your first and second extreme DUI charges in the city of WIckenburg, Arizona, you will face any number of penalties, fines, and fees to the court, including:

A person will be charged with an aggravated DUI in Wickenburg, Arizona, and assessed the described penalties, under any of the following circumstances:

If a person commits a third DUI offense in 7 years they will be charged with aggravated DUI, a class 4 felony, punishable by up to 3.75 years in prison. The mandatory minimum sentence for this offense involves four months in state prison, up to ten years of supervised probation, substance abuse screening and counseling, fines and assessments, a three-year license revocation, and an interlock device and increased insurance costs upon driver’s license reinstatement.

DUI on a Suspended, Revoked or Restricted Driver’s License

A DUI committed while the offender’s driver’s license is suspended, revoked, or under restriction is considered an aggravated DUI which is a class 4 felony. The mandatory sentence for this offense involves up to 3.75 years in prison. However, the mandatory minimum sentence involves four months of incarceration in state prison, up to ten years of supervised probation, substance abuse screening and counseling, fines and assessments, a three-year license revocation, and an interlock device and increased insurance costs upon driver’s license reinstatement.

If a person commits a DUI while required to have an interlock device in their vehicle it is considered an aggravated DUI, a class 4 felony, punishable by up to 3.75 years in prison. However, the mandatory minimum sentence for this offense involves four months of incarceration, up to ten years of supervised probation, substance abuse screening and counseling, fines and assessments, a three-year license revocation, and an interlock device and increased insurance costs upon driver’s license reinstatement.

DUI With a Passenger Under 15 Years of Age

A DUI committed while a passenger under 15 years of age is in the car is a another type of aggravated DUI offense but is categorized as a class 6 felony. This type of aggravated DUI is punishable by up to 2 years in prison. Probation is typically available, and the mandatory minimum sentence varies depending on the offender’s blood alcohol content, but will always involve fines and assessments, substance abuse screening and counseling, and a jail term. Revocation of the offender’s driver’s license, the installation of an interlock device, and a special insurance policy will also be required upon conviction.

If, during the course of committing a DUI offense, a person drives the wrong way down the roadway, they have committed a wrong way DUI. A wrong way DUI is a class 4 felony, punishable by up to 3.75 years in prison. Probation is typically available, and the mandatory minimum sentence for this offense involves four months of incarceration, fines and assessments, revocation of the offender’s driving privileges, and an interlock device upon driver’s license reinstatement.

DUI with Drugs in Wickenburg, Arizona

Under Arizona Statute 28-1381, it is illegal to be under the influence of drugs while driving or in physical control of a vehicle. If you test positive for any drug after being found to have been operating a vehicle, you could be charged with DUI- drugs or controlled substances. This statute prohibits the operation of a vehicle while under the influence of any of the following substances:

A first offense DUI-Drugs in the Wickenburg, Arizona requires that:

The city of Wickenburg, and the state of Arizona, consider driving to be a privilege, not a right. Therefore, included in the contract to receive a driver’s license is the agreement that you will consent to a test or tests of you for blood alcohol concentration or drug content (BADC) if you are arrested under the suspicion of driving while under the influence of intoxicating liquor or drugs (DUI) in the city of Wickenburg, Arizona. This is known as the Implied Consent Law.

When a law enforcement officer has reason to believe you have been driving while under the influence, the officer will request that you submit to a test of your blood, breath, urine, or other bodily substance to measure the amount of alcohol or drugs present in your bloodstream. In the city of Wickenburg, Arizona, officers may ask suspects to participate in such tests is they suspect a person to be operating a vehicle under the influence of drugs or alcohol.

What Are Breathalyzer Tests?

One such test is referred to as the breathalyzer test. This test utilizes a device, the breathalyzer, to take a sample of the suspect’s breath and analyze the amount of alcohol in it. As one digests alcohol, it enters their bloodstream. Then, it spreads to both their brain and lungs. This causes alcohol to be in the breath one exhales after consuming alcoholic beverages.  So, a common measure used during DUI stops involves having a suspect blow into a breathalyzer device.

Breathalyzers measure how much alcohol is in one’s breath. If you are arrested for DUI, the officer might ask you to provide a breath sample to determine an your BAC. Under Arizona’s implied consent law, you are required to consent to this test or you risk a suspension of your license, regardless of the outcome of you DUI case.

The city of Wickenburg, Arizona DUI court process is carried out under the Rules of Criminal Procedure which get underway when you are arrested by an officer for DUI. Here is what you can expect from during an arrest for DUI in Wickenburg, Arizona:

The Arrest and Booking

The process usually begins with a traffic stop. If the police officer has reason to believe that you’ve been drinking you will be placed under arrest and required to submit to a (BAC) test. If the test suggest to an officer that you may have been operating a vehicle while impaired, you may be arrested under suspicion of DUI and taken into custody. You will be fingerprinted, searched and have a mugshot taken. Your belongings will be confiscated, searched, and locked away until you are released. You will then be placed in a cell until either your arraignment or you arrange for bail.

Your first court appearance will be at the arraignment, where you will be formally charged and given the opportunity to enter a plea. It’s prudent to arrange for a Wickenburg DUI attorney to appear with you in court as they can advise you on the best course of action to take at this point in the judicial process. At this time the judge will discuss the issue of bail. If you have no prior criminal record your DUI attorney may request that you be released on your own recognizance. Lastly, the judge will inform you of your future court dates.

During the pretrial conference your DUI attorney can negotiate with the prosecutor in an attempt to reach a deal. This is a time when it’s particularly important to have an attorney highly experienced in the city of Wickenburg, Arizona DUI law representing you. A plea bargain may involve pleading guilty to a lesser charge. You will not be present at this meeting, so you must depend on your DUI lawyer to come to the best possible agreement, and then clearly explain the pros and cons of that agreement to you. If you plead not guilty, and an agreement cannot be reached, a trial date will be set.

If your case proceeds to a jury trial, the first step is selecting a jury. This is one of the most crucial aspects of the trial. Potential jurors will be brought in to be questioned by the prosecutor, your attorney, and the judge in an attempt to find any bias in favor for or against the accused. Since jury selection is so important to the outcome of the trial it’s critical that your DUI attorney be highly experienced in jury selection. Once the trial begins, both the prosecutor and your attorney will present their case and the jury will deliberate until a verdict is reached.

If you are found guilty, then the judge will decide the punishments, which can include jail time, fines, probation, license suspension, DUI education and the use of an ignition interlock system.

Experienced attorneys. Aggressive representation. Here to make it right, when you’ve been wronged.

Craig Rosenstein is qualified as an attorney specializing in drunk driving in the city of Wickenburg, Arizona and has represented 1000’s of clients charged with DUI related cases. The firm has a dedicated team of reviewing lawyers who deals exclusively in this complex field of law.

All communications with our office are confidential and we only use tried and tested methods to achieve the best possible outcome. We never simply pass the case to someone else to deal with. Our law office will be fully involved in your matter throughout your case from the first hearing for a consistent and seamless service. We are also assisted by caseworkers and admin support staff who are always on hand to put your mind at rest should you wish to discuss any aspect of your case.

We adopt a lateral approach by checking video footage for procedural mistakes, use legal remedies to sanction the prosecution for case management failures, offer plea bargains and make representations for the charges to be discontinued where appropriate before the case proceeds to trial.

We have a proven track record and as such you can rest assured with us that you will receive a first-class service and that you are with a firm that genuinely specializes in DUI related cases in the city of Wickenburg, Arizona.